Praxis was planted in Kelowna in 2021. More information is available at their website: praxischurch.ca

We’re over-the-top excited to be partnering with Northview Community Church in Abbotsford to plant a new church in Kelowna, BC!

Along with Joshua and Rebekah Dool, we’ve sensed the Lord leading us in this for a while and are finally able to take the next steps. Over the last decade the Dools have ministered at two Westside church plants in Vancouver and, for the last five years, Josh has served as a member of our staff team here at Westside. Joshua and Rebekah spent many years living in the Okanagan and had no idea they’d be returning after moving away in 2007.

But over the past few years God began to stir something in them. At first it was simply a burden to pray for more labourers for the harvest in the Okanagan. And more recently those prayers have included:

The Westside elders, along with the Dools and with leaders of other churches in the region, have made the prayerful decision to launch this new church in 2021. Josh will continue to remain on staff at Westside as part of his Church Planting Residency. He will be freed up to form a launch team, raise the necessary funds, and equip the core team in preparation for launch. 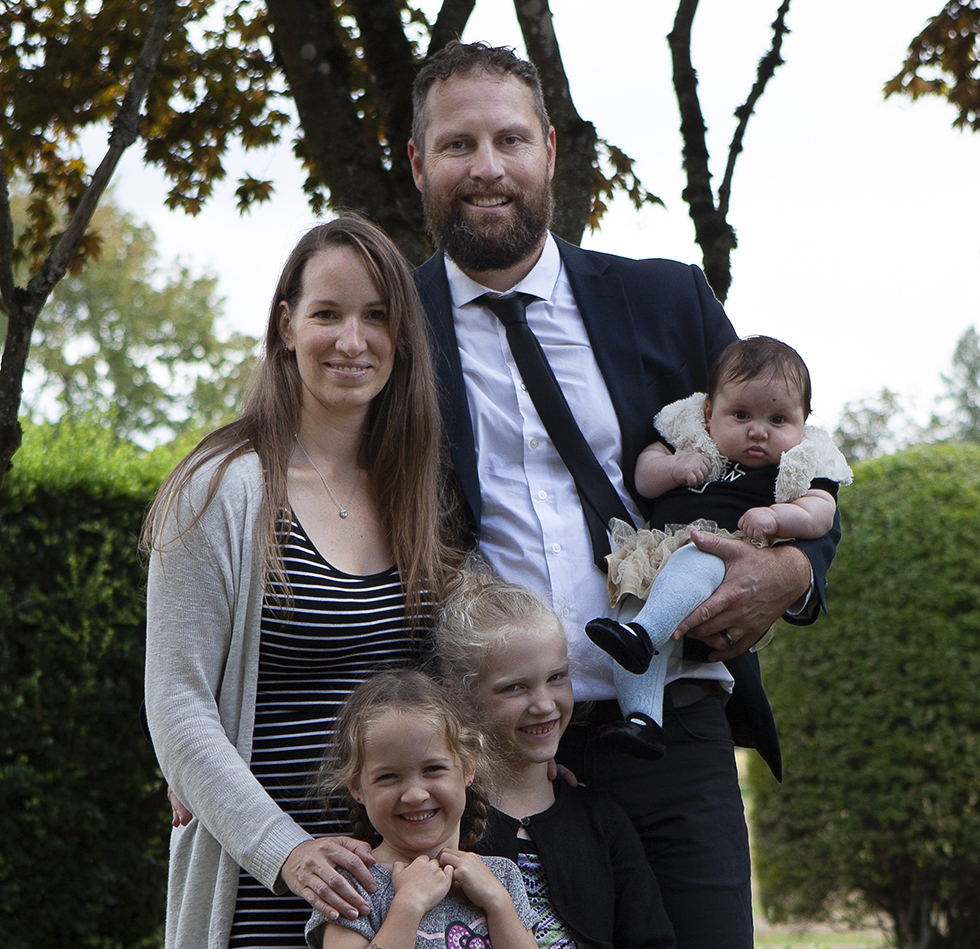 Joshua and Rebekah Dool and their three daughters.

Kelowna has a present population of around 215,000 people and is anticipated to grow by at least 50k in the coming decades. It's known for its beaches and wineries, and as a popular vacation destination. However, lesser known is the fact that 42% of Kelowna residents report having no religious affiliation. This is two times the national average!

While people flock to the Okanagan for vacations, the Church in the city is sadly less popular, with only 3-5% of the population engaged with a local church. If you take a look at the many small towns within two hours of Kelowna the stats are even bleaker, as some towns lack a local gospel proclaiming church altogether.

The vision is to plant a church in Kelowna that would be a home base out of which the gospel would be proclaimed to the many cities and small towns in the region. We desire to see thousands come into a saving relationship with Jesus and churches planted throughout the Interior. As people are called forward in Christ, discipled to maturity, and catalyzed in their mission and calling, we believe that we will once again see a growing church in the interior of British Columbia.

Please visit the Praxis Church website to see how you can partner with them.

Our prayer is that God would begin to stir many to partner together in the mission of making Jesus known throughout the Interior. We’re looking for musicians, Community Group leaders, kids ministry teachers, those sensing a call to pastoral ministry, and anyone desiring to engage more in their calling. It’s an incredibly big vision—but we serve an incredibly powerful God!

Other Ways You Can Partner

Stay Informed and Join Us in Prayer

Would you consider donating to this church planting effort? Make sure to select the ‘Church Planting - Kelowna’ option in the dropdown menu for your donation to be designated correctly.