Trial & Trust: A Story of Strength and Courage

Author: By Jodi Adrian as told by John Sharpe

As I prayerfully consider the notes I have sprawled across the page from my time with this young man whom I am honoured to know, my thoughts are drawn to the book of Joshua.

"… Just as I was with Moses, so I will be with you. I will not leave you or forsake you. Be strong and courageous…"
Joshua 1:5b-6a

Usually when I am sitting across from John in my living room, it is a Wednesday night, with a house full of Westsiders who are greeting one another, laughing and catching up on the week. John is one of the young men in the group who immediately notices when someone new has entered the room, and he endeavours to make that person feel welcome. His smile is warming, his questions are genuine and caring, and his heart for the lost is infectious. Today, I sit across from my friend and brother in Christ to help him share the story God has given him. 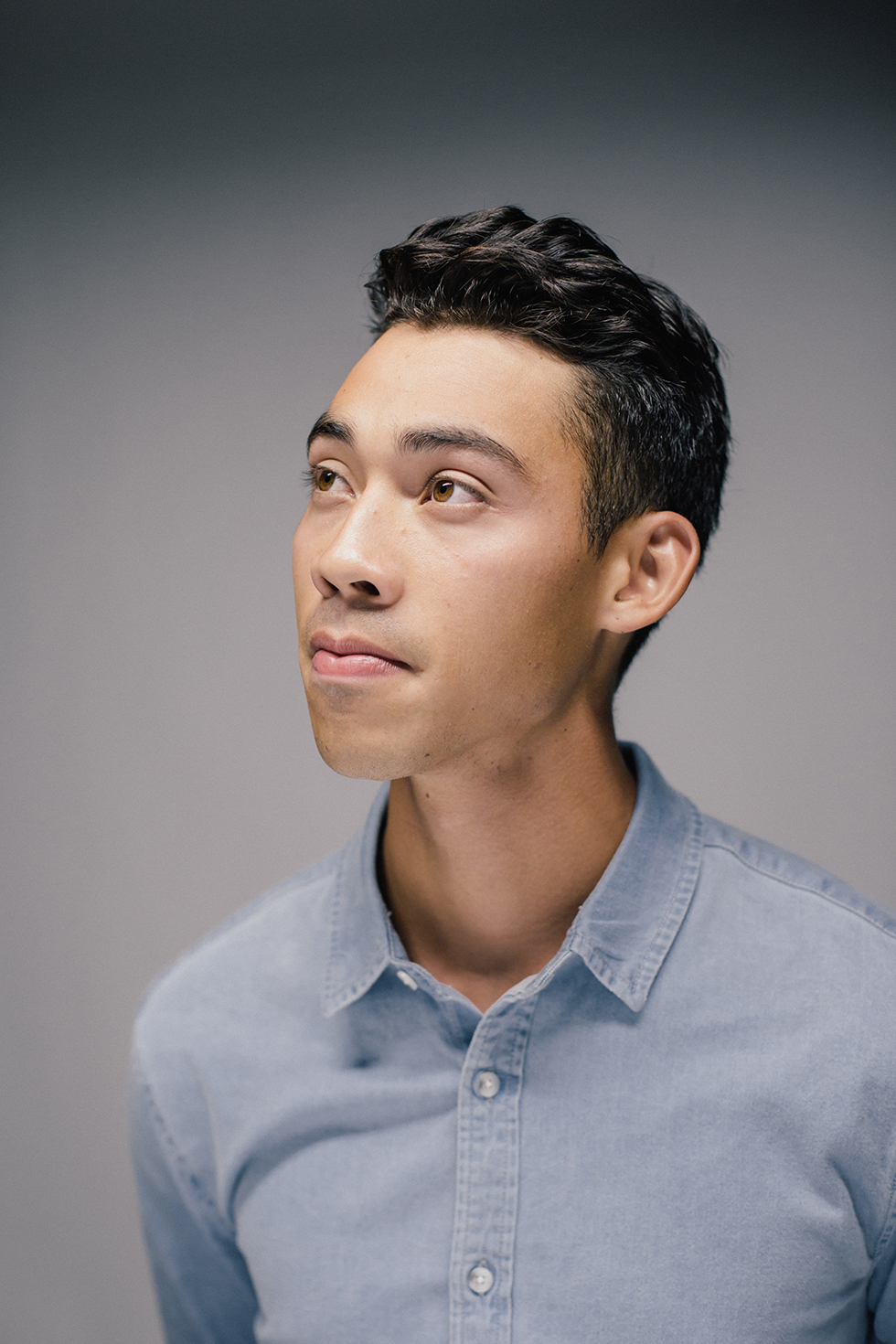 GOD HAS MY BACK

John grew up in a family of six—two parents Douglas and Marla Sharpe, and four children. The Sharpes dedicated their lives to the Lord serving as missionaries for Youth With A Mission in the Philippines, where John was born 23 years ago. He recalls the many times his family tangibly experienced God’s provision: “We always had enough, and were all able to go to good schools, despite my Dad’s financial support not being much.”

As John observed the missional heart of his parents, their love for God, dedicated service, and the clear blessings they received, a belief began to take root: “I believed that if you served the Lord (like my parents did), God would have your back”. They were God-honouring people, fulfilling the Great Commission in a country that needed Jesus—surely God’s blessings would flow over servants such as these. This growing assurance that service to God would bring blessings here on earth would soon be challenged, and John’s faith would be shaken to the core. In 2007, the Sharpe family was faced with devastating news —Marla had breast cancer. 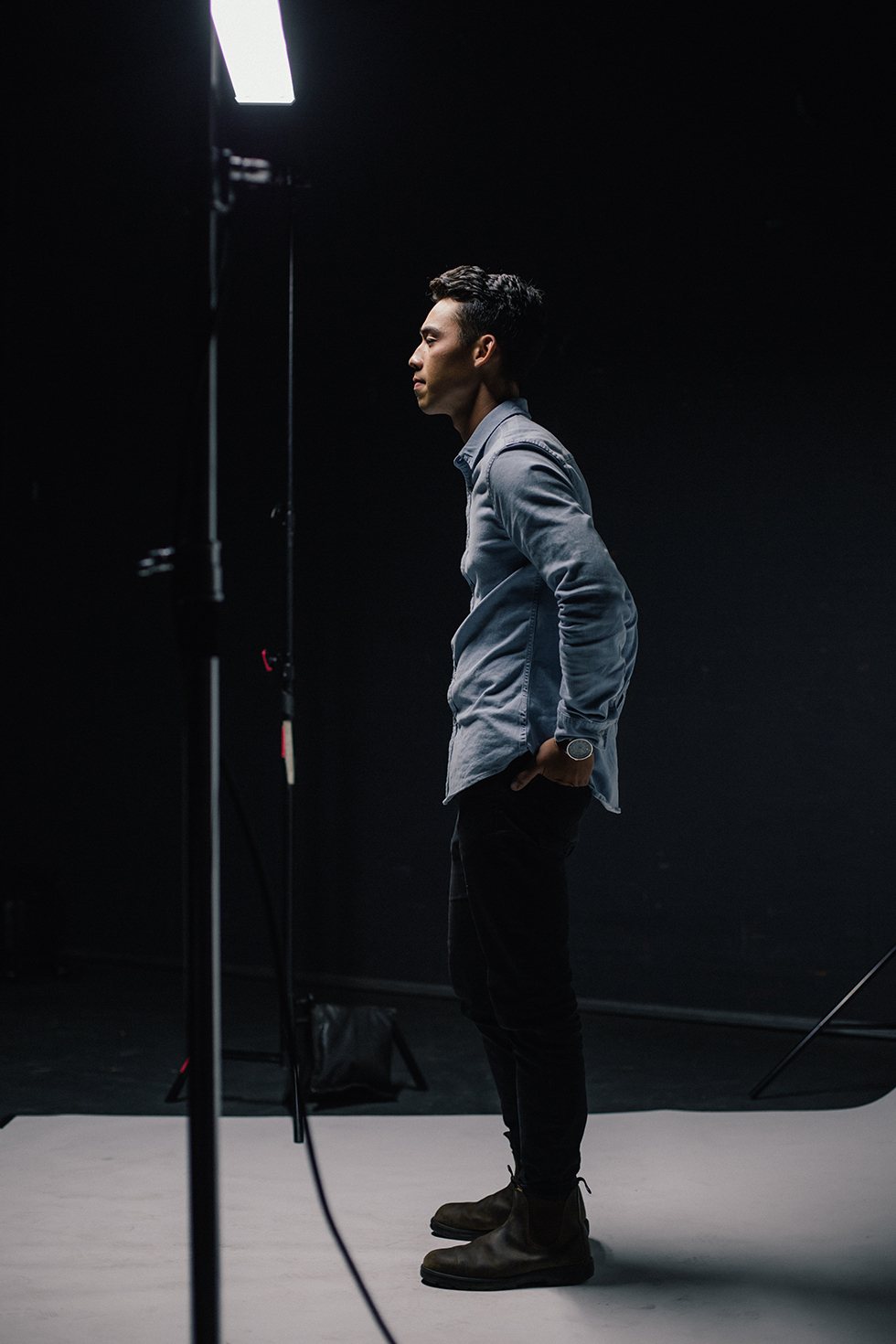 Betrayed: to have been led astray, delivered to an enemy by treachery, or deserted especially in a time of need.

While Marla’s body was betrayed by its health and delivered into the destructive grips of cancer, the family started to unravel and John grew increasingly dependent on his friends.

John takes a deep breath, and begins to share how this painful, confusing time was compounded by another unforeseen circumstance: “With my mom being sick, friends were of the utmost importance to me. There was this group of teenagers from a different school that my brother and I started to hang out with—I thought they were really cool. One guy in the group was way older than all of us, which we thought was ok because he let us use his condo to throw parties. This is where I started to go every weekend to escape things at home. As I became more comfortable, this older man slowly invited me to hang out, just the two of us”.

John pauses, and continues with stinging tears in his eyes, “I didn’t see what was coming…I just thought he was cool…He invited me one day to watch a movie, and as we were watching, he began making advances. I was paralyzed with fear. I was only 14 …He proceeded to molest me. I went home that night feeling so gross, I wanted to peel off my skin…I was showering and crying…I was so confused. Why would someone do this? I thought he was my friend…”

Thoughtfully, John persists, “the immediate threat at this time for me was my mom battling cancer. My family was under so much stress, I knew I couldn’t add to it by telling them what happened. So, I just pushed it down and chose not to deal with it. My prayers were all focused on my mom, whom I loved and was very close to…Lord please heal her… I truly believed he would heal her”.

The suffering and battle against this invasive disease lasted four years, and then Marla went home to be with Jesus. John, at 16, was left to wonder, “Why did my mom have to suffer? Why didn’t God heal her? Doesn’t He know that she is an essential part of holding our family together? Why is this happening to our family?” John painfully recalls, “having my mom diagnosed with cancer did not seem like God had our back”.

A SAVIOUR WHO FOUGHT FOR ME

Today, John admits that travelling this road has “really sucked.” He has endured great pain, and wrestled with God’s sovereignty and goodness. John remembers how after his mom passed away “instantly everything went wrong. Our whole family fell apart. There was a lot of pain, suffering, anger, and fighting in our home. It was so obvious (to everyone) that we really needed mom here.” Yet God had taken her.

But betrayal was not the end of the story. God’s plan for John on this journey entailed a six month Discipleship Training School (DTS) with YWAM. It was here that John first brought his pain and shame into the light amongst a community of believers who listened, cared, and lovingly walked with him.

John recalls one leader in particular, Joel, “who I know for a fact was praying for me the entire time I was there. He was the first person I opened up to about being molested. He was a man who consistently stood by me. Joel never told me that I would have all the answers. Instead, he reminded me that God was God for a reason, and that his ways were his, not mine. God graciously put Joel in my life during a time when my manhood was being attacked. I was weak, helpless and confused. God used Joel to help bring back what was lost.”

This dark, winding, and afflictive road John had been placed on was slowly becoming a road lit with growing trust and healing. As he continued to be discipled in the midst of outdoor adventures, John was faced with Jesus.

“There was this one time we were in the woods and Joel was retelling how Jesus went to the desert for 40 days, emphasizing the dire conditions he endured.” The tears in John’s eyes at this moment express a peace which passes human understanding. He continues, “I needed to hear this, I needed a Christ who fought and survived in the desert for 40 days. The road I have been travelling has not so much been about getting the answers to my questions or realizing that it was better that my mom died (than having her here still)…it has been about meeting a Saviour who fought for me. A Saviour who is unchanging and trustworthy. He went into the ugly stuff, he died on the cross for me.” 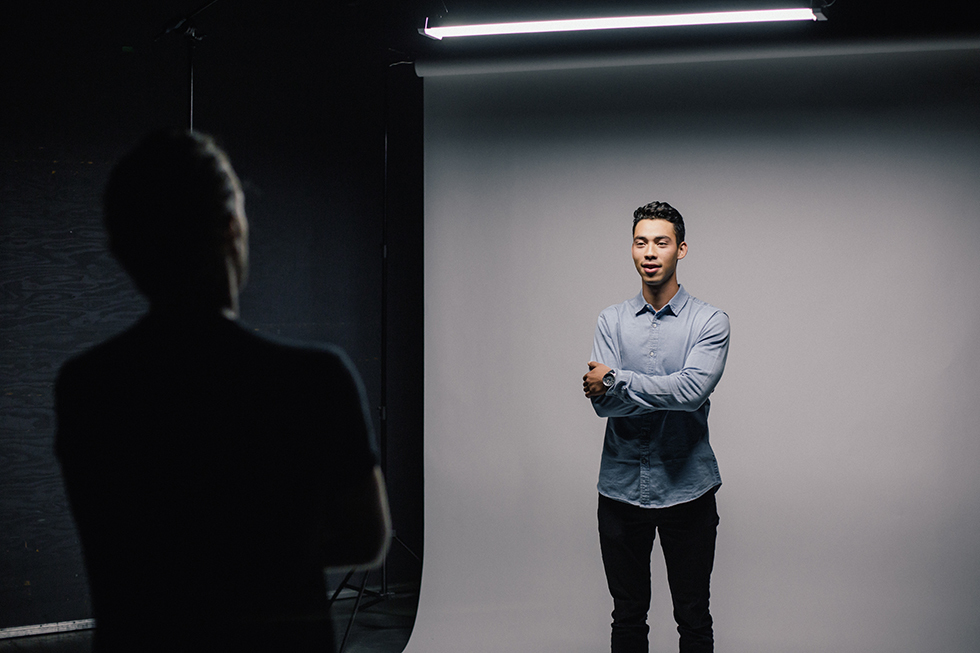 Today, even though pain and struggle remain, John is able to express thankfulness: “Christ is a good friend who knows what I need. I am thankful for His reluctance to leave me, and His persistence to push me to heal and deal with the things I’ve gone through.” He goes on to recount a sermon Pastor Matt preached recently which resonated with him. “In the parable of the worker in Matthew 20, Matt talked about how we often think God owes us. I struggle with this idea. I think that because I’ve gone through so much already, I feel God owes it to me…I’ve gone through all this muck. I see now how this is a sinful way of thinking, to think I deserve an easier road, a better wage. It’s untrue, it’s evil, but it is a battle for me”.

God’s promise to never leave or forsake his children (Joshua 1:5b), along with His good plan to ground us more firmly in the identity He gives us (Eph 1 and 2), provides strength and courage to John as he encounters the next turn on his journey. “I tried to heal as much as I could without actually having anyone else involved. After DTS I only told a couple of people about what happened to me as a kid. I never told my family or took action against the man who molested me. This past spring it came back to me. The enemy attacked through an old friend speaking lies to me. I started to feel ashamed that I had never told my family, and I started to believe that I was responsible for any abuse that might have occurred after me. This all hit me on the seventh anniversary of my mom’s death. Sin that you don’t deal with comes back in another way. I realized through this struggle that I needed to talk to someone. I had done all I could without sharing. Acknowledging that I needed help was a really humbling experience. Through biblical counselling lies were revealed that I didn’t even know I was believing. I was also given the support I needed to move toward sharing with my family and reporting the abuse. I have begun to consider the idea that this really ugly thing could be used by God.”

As I type John’s words and tears fill my eyes, I am reminded of the hope we have in Jesus.

“Have I not commanded you? Be strong and courageous. Do not be frightened, and do not be dismayed, for the Lord your God is with you wherever you go”
Joshua 1:9

Jodi Adrian currently spends her days counselling with the Biblical Counselling Group, caring for her family, co-leading CG with her husband Pastor Jer, and getting outside any chance she gets!